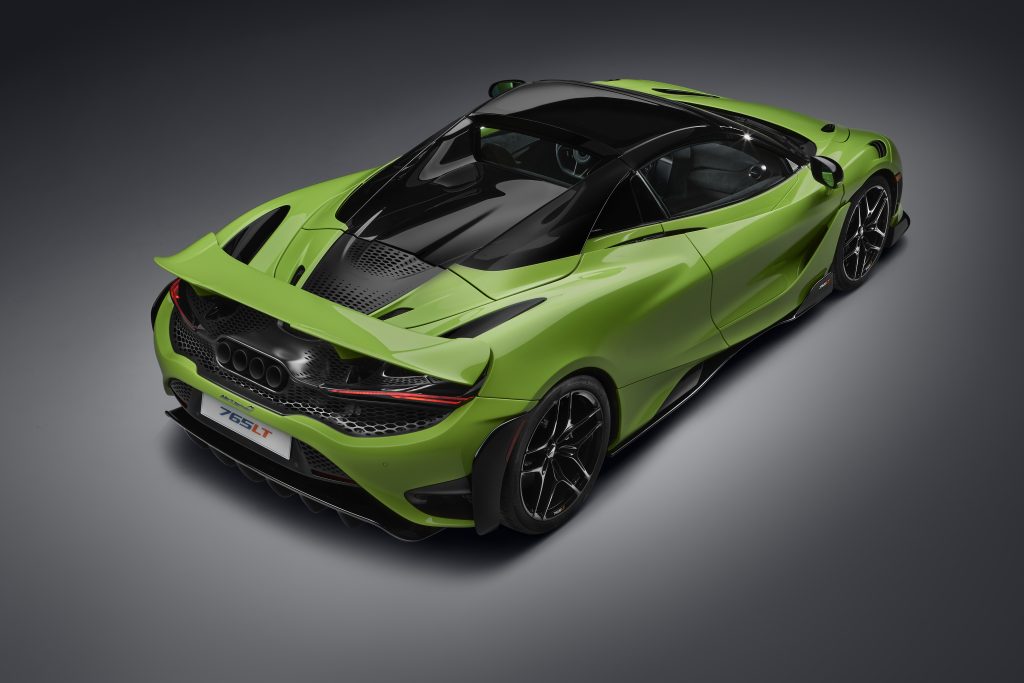 The 765LT Spider is the latest addition to the McLaren stable and complements the 765LT ‘Longtail’ coupe unveiled last year and is arguably the marque’s most powerful-ever convertible supercar.

Engineered in addition with the other core attributes intrinsic to any McLaren Longtail – minimised weight, track-focused dynamics and optimised aerodynamics – the 765LT Spider has all of the class-leading abilities of the coupe and also meets the LT demand for exclusivity: just 765 cars will be available globally for customer order.

Carrying over the coupe’s dynamic and aerodynamic DNA with no structural compromise and only a minimal 49kg weight increase – primarily from the retractable hard top and accompanying operating mechanism – the 765LT Spider weighs in at just 1,388kg (DIN weight), which is 80kg lighter than a 720S Spider and circa 100kg lighter than its closest comparable competitor. 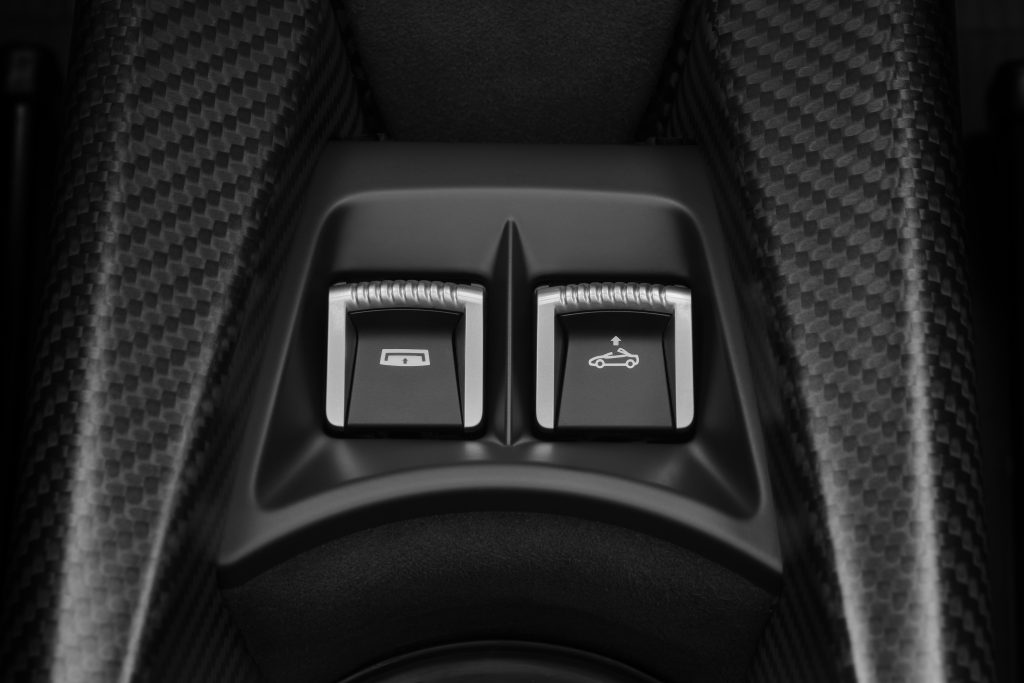 The electrically operated, one-piece carbon fibre Retractable Hard Top (RHT) enables open-top motoring in just 11 seconds and operates at speeds of up to 50km/h, bringing the dramatic soundtrack of the quad-exit titanium exhaust system into the cabin to take driver engagement into another dimension.

The immense performance and dynamic prowess of the new Spider – already proven in the 765LT coupe – are enhanced by three compelling factors: the stability of its MonoCage II-S structure, the game-changing design of its one-piece Retractable Hard Top roof, and the ongoing determination of McLaren engineers to pursue the company’s philosophy of super-lightweight engineering. 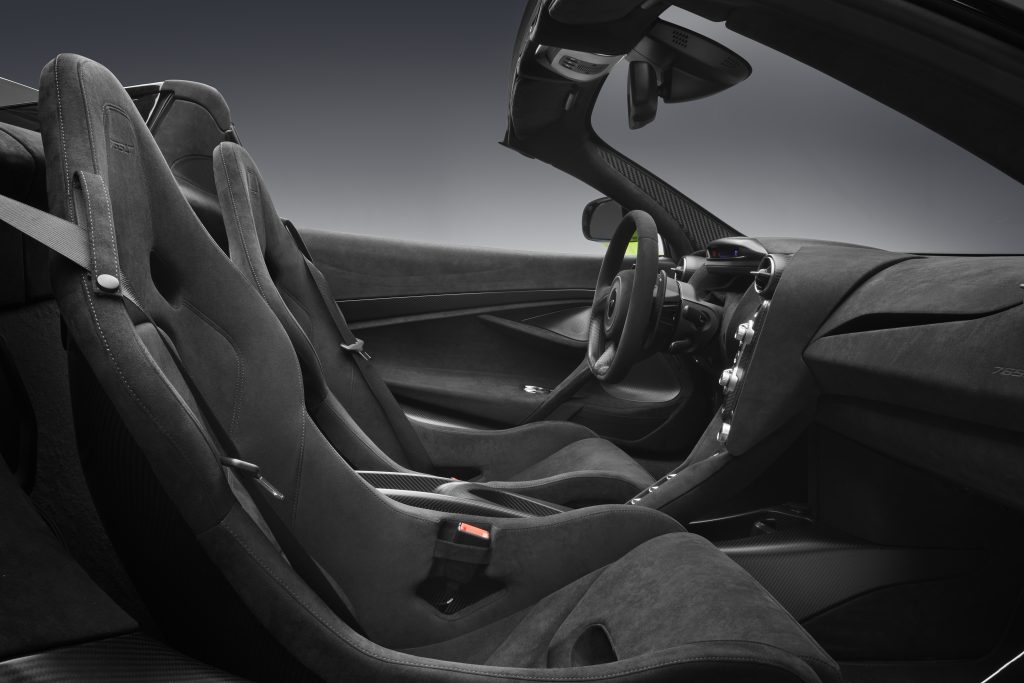 Like every LT, the new Spider is designed to excel on track. With the same highly evolved aerodynamic package as the coupe – although with active rear wing calibration revised to reflect whether the roof is up or down and a recalibration of the dampers to account for the minor increase in weight – the Spider matches the coupe’s outstanding aero performance in every respect, with class-leading downforce 25 per cent greater than that of a 720S Spider. 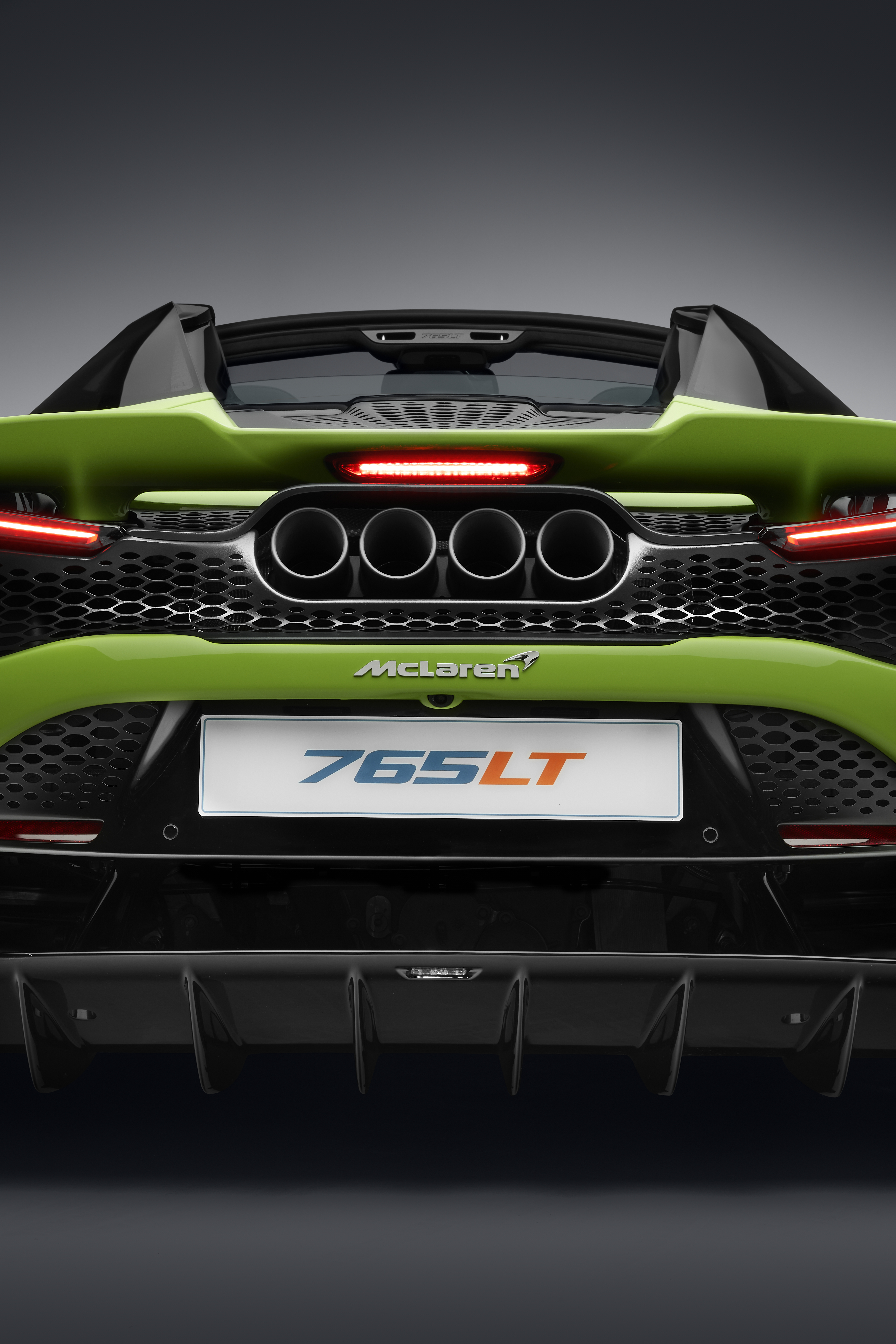 Performance is ferocious, the 4.0L twin-turbocharged V8 engine producing 765PS – giving the 765LT Spider a best-in-class power-to-weight ratio of 598PS-per-tonne at lightest dry weight – and 800Nm of torque. Transmission gear ratios have been revised for even greater engagement and performance; in-gear acceleration is 15 per cent quicker than a 720S Spider, helping the new Longtail to achieve the fastest lap times ever posted by a convertible LT model.  The 0-100km/h time often seen as a benchmark figure is 2.8 seconds (0-60mph is 2.7 seconds), with 0-200km/h (124mph) taking 7.2 seconds. The new LT Spider takes 10.0 seconds to cover 400m (¼ mile)  from standstill and the car’s maximum speed is 330km/h (205mph). 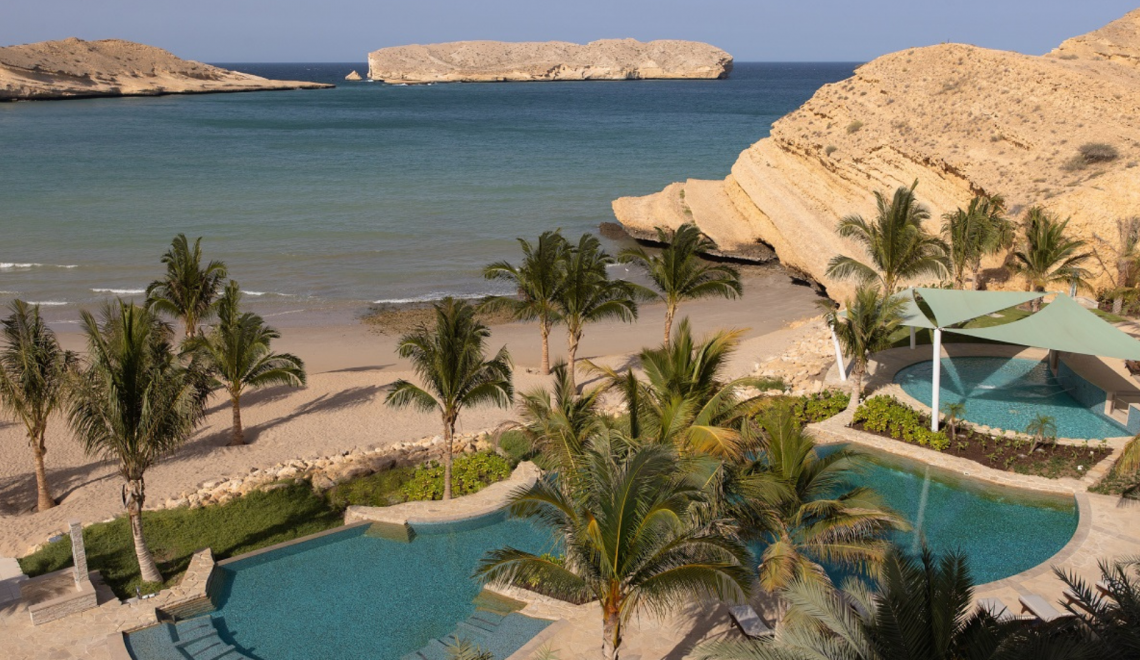 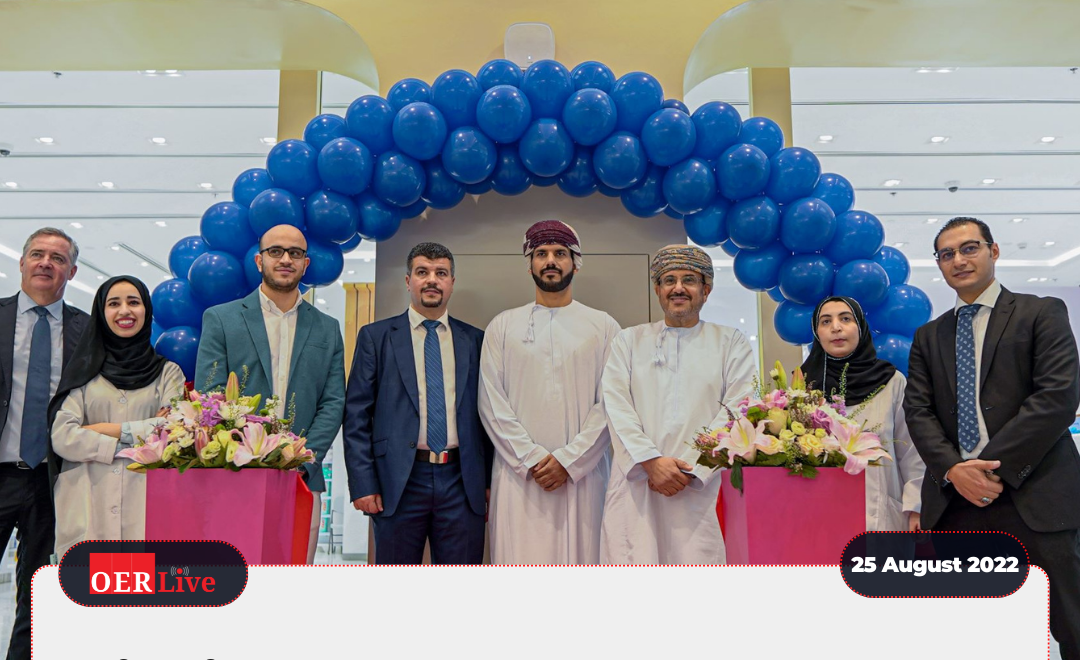